From lab to laptop: the origins of Lumosity games

We invite you behind the scenes to see how our game designers and scientists co-create our games.

For decades, researchers have created tasks to measure cognitive abilities. Traditionally, these have been administered as in-person studies using pen and paper — which means they rarely make it out of the lab.

From cognitive task to engaging game

When creating a new game, our in-house scientists first identify a cognitive ability, such as working memory (the ability to temporarily store and manipulate information) or divided attention (the ability to simultaneously respond to multiple tasks or task demands).

Then, they find a way to challenge that skill. They’ll either adapt cognitive or neuropsychological tasks used by researchers to test cognition, or they’ll use their knowledge and research experience to design entirely new, experimental challenges.

Working with experienced game designers, our scientists transform these tasks into challenging, fun and visually appealing games that anyone can access from a computer or mobile device. Many of our games adapt to a player’s ability level, ensuring that each person is challenged.

The origins of classic Lumosity games

Our classic game Color Match is inspired by the Stroop Test, a task first utilized in 1935. It measures your ability to focus on the difference between a color spelled out and the text color it’s written in. So, you might be asked to name the word “yellow” when written in red text.

Color match utilizes the Stroop Test by testing your ability to suppress your response to what the word says, and focus on how the word looks. This ability to quash inappropriate responses is called “response inhibition.” 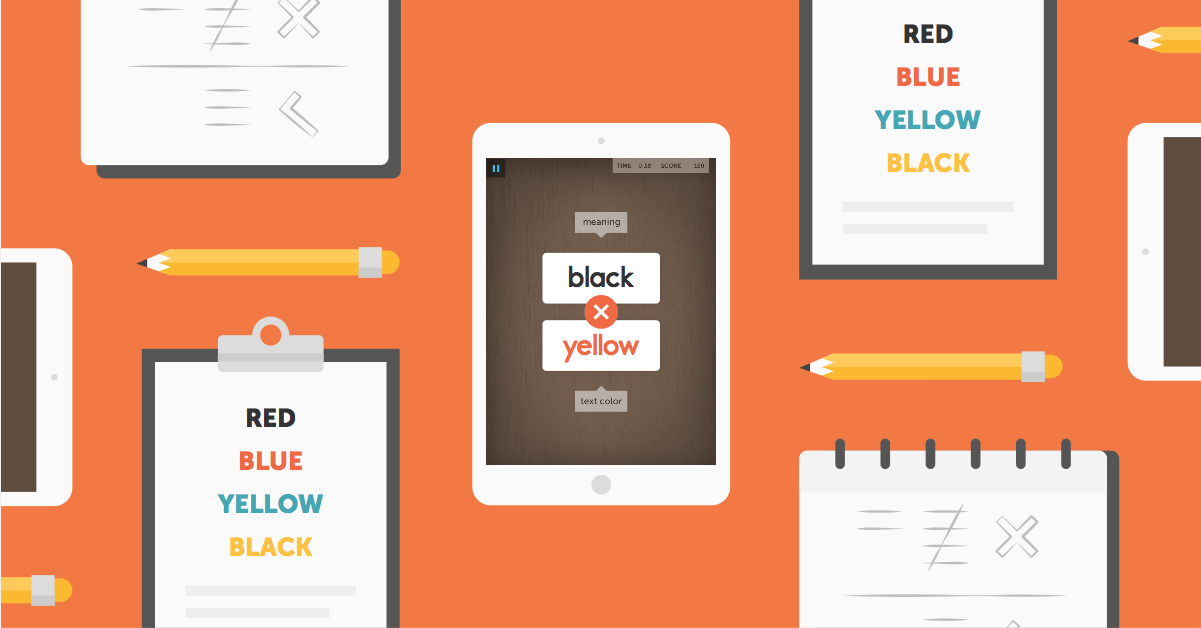 Color Match is adapted from the Stroop Test.

Lost in Migration, another classic Lumosity game, is based on the 1974 Flanker Task, which challenges selective attention. Selective attention is your ability to ignore distracting details and focus only on the target. Just like the original Flanker Task, Lost in Migration challenges you to respond to the central target — in this case, a bird — and ignore distracting information from the surrounding flankers.

Lost in Migration is based on the Flanker Task.

Which Lumosity game do you want to learn more about? Visit our Facebook page and let us know.